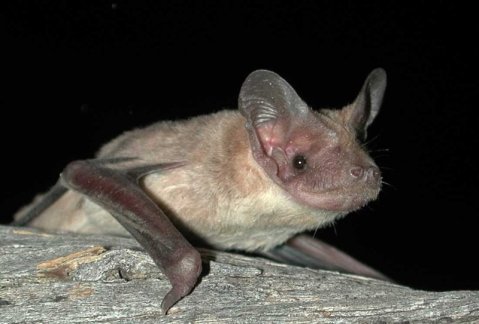 Welcome to the latest stop on the Bat Detective World Tour! After a month in New Zealand, we’ve reached our next stop, Australia, and we’re now just over halfway through the full tour. We’ve just uploaded a new set of acoustic data to Bat Detective, which was recorded by the iBats project in the Adelaide Hills in 2011. So visit the Bat Detective site now to listen to the data and get searching for Australian bats.

In addition to the World Tour and a busy British Science Week, there’s been lots of activity in the Bat Detective camp in the last few months. In our last blog post we discussed the recently published Mexican bat classification paper by members of our research group, which was widely reported in the BBC and other media.

Following that, this month Bat Detective founder Prof. Kate Jones went out bat detecting on London’s Hampstead Heath with Adam Rutherford, for BBC Radio 4’s weekly science show Inside Science. While listening to the sounds of passing pipistrelles through an ultrasonic detector, they discussed echolocation, the use of acoustics to monitor bat populations, and how with the public’s help we’re building classifier algorithms to improve the effectiveness of bat monitoring both in the UK and globally. You can listen to the programme now, or download it as a podcast, from the BBC Radio 4 site.

And in other recent news, in April our team’s Rory Gibb presented some of the latest findings of Bat Detective’s citizen scientists, as well as our work to develop automated bat call detector software, at the British Bats Research Symposium in London. Stay tuned to the Bat Detective blog in the coming months for further updates about the progress of our research (you can read our last update here) – the efforts you’re putting in to classifying our recordings are making a real difference.

Adelaide Hills, the area where the Australian world tour data were collected

Similarly to the New Zealand audio, our Australian acoustic data are noisier than some of the European and American recordings from earlier in the World Tour: there’s lots more background sound, making it sometimes difficult to distinguish sounds from each other. Keep an ear out for various types of insects, including distinctive rattle-like calls made by crickets and grasshoppers (Orthoptera), as well as calls from a wide variety of bat species.

There are around 14 species of microbat (echolocating bats) found within the Adelaide region. They include the Southern free-tailed bat (Mormopterus planiceps, pictured above), a relative of the well-studied free-tailed bat species found across the Americas, as well as the little forest bat (Vespadelus vulturnus), which is only found in south-eastern Australia and is one of the continent’s tiniest mammals (often weighing less than 4 grams). Also found in the Adelaide area – including in the city itself – are much larger fruit bats such as the grey-headed flying fox (whose population in the area is reportedly growing due to migration from elsewhere in Australia). However, since these do not use ultrasonic echolocation, you won’t be able to hear them in our recordings.

Thanks very much for all your efforts in classifying the New Zealand data, and we hope you’ll enjoy searching for bats in these Australian recordings. As ever, if there’s anything you find that you’re unsure about, just use the Talk section to flag it up and discuss with other members of the Bat Detective community.

Welcome to New Zealand, the latest stop on the Bat Detective World Tour! As of today we’ve just uploaded a new set of audio data to Bat Detective, recorded along survey transects on New Zealand’s South Island. You can see the locations of the surveys on the map below, and visit the Bat Detective site now to get searching for bats.

Prior to this we’ve spent the last month hosting audio data from iBats Mexico, which was neatly timed to coincide with the publication of the latest automated bat call classifier from members of our research group – a classifier for Mexican bat species. As with our results from the algorithms we’re training with Bat Detective data, it’s another example of how advances in machine learning technology are increasingly enabling the development of tools and systems for effective acoustic monitoring of bats (as well as biodiversity more broadly). You can find out more about the Mexican classification tool and how it will assist in bat population monitoring via some great coverage in the media, including in Science and an interview with our group’s Dr. Veronica Zamora-Gutierrez and Prof. Kate Jones on the BBC.

Bats occupy a unique space in the ecology of New Zealand, since they are the country’s only endemic terrestrial mammals – before humans settled the islands, the only mammals native to New Zealand were three bat species (the greater short-tailed bat, lesser short-tailed bat and long-tailed bat) and several species of marine mammal. Since human settlement this has changed, with invasive mammalian predators (such as rats and cats) driving massive declines in the populations of endemic birds and bats. Indeed, the last sighting of the greater short-tailed bat was in 1967, and it is now believed to be extinct, while New Zealand’s other two bat species, the lesser short-tailed (pictured below) and long-tailed bat, have both experienced major declines and are priorities for conservation.

The acoustic data on Bat Detective New Zealand, recorded on South Island in 2010, are much noisier than lots of the recordings you’ll have previously heard on Bat Detective. Many clips have a great deal of background noise and static, in addition to distinctive bats and unique rattling insect calls. Although this can make it challenging to determine what sounds you’re hearing, it’s very useful to include data like these while training algorithms to automatically find bat calls – this will help improve the algorithms’ ability to detect bat echolocation calls in even the most noisy of real-world acoustic recordings. This will make them more useful for surveying bats in naturally noisy and complex acoustic environments, such as urban areas where there is lots of human-generated sound, or highly biodiverse (and therefore very loud) rainforests.

We hope you’ll enjoy helping us search for bats in our New Zealand data, and as ever if you’re struggling to figure out whether a sound is a bat, an insect, or something else, you can use the Talk page to flag it up and discuss it with us and other users.

This is the blog for Bat Detective, an online citizen science project from the Zooniverse, asking the public to listen for bat calls in our data.